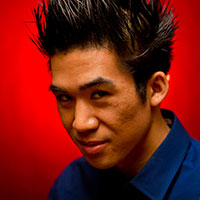 In this interview, Norman Ng talks about his career in magic which includes family, lifestyle design, and building his own talent agency.

Norman Ng is a magician and talent agent based out of Maine.

Being full-time going on thirteen years, Norman has performed live for more than 500,000 people in all of North America including Canada and has logged more than 3,000 performances in his career so far. Among these performances, he’s presented at more than 600 college campuses and was awarded “America’s Best Variety Act,” by Campus Activities Magazine in 2011.

In 2013, he started his own talent agency, NMP Talent, where he books musicians, comedians, speakers, and variety acts around the United States.