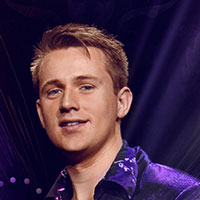 Niels Duinker is a comedy juggler from the Netherlands.

Niels has taken his juggling around the world earning him many accolades including Gold Medal in the 2009 Taiwan Circus Festival, multiple Gold Medals at the National Juggling Championships, Variety Act of the Year in 2012 from the International Magicians Society, and he’s a three-time world record holder in the Guinness Book of World Records.

He boasts quite an impressive resumé performing at top casinos, cruise lines, theme parks, and festivals as well as for clients like Coca Cola, Intel, Mitsubishi, and IKEA.

Finally, Niels also teaches what he’s learned in juggling as well as in life when it comes to pursuing your dream in lectures, DVDs, and his book, “Catching Greatness.”