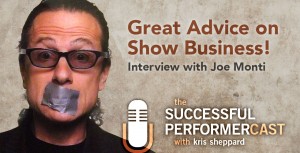 In my final interview here in this chapter of Successful Performercast, I have Joe Monti who gives us some valuable advice when it comes to show business and shares some stores from his career that will have you at the edge of your seat.